What is a moon? A moon is any natural body that orbits a planet.

Astronauts on the surface of the Moon.

Astronomers call any small body that orbits a planet a satellite. The Moon is a very large satellite 'captured' by the Earth's gravity. Most other planets have much smaller satellites, or moons. The outer planets have so many moons they are called swarms of satellites. The four largest that orbit Jupiter are each the size of our Moon. The largest moon orbiting Saturn (called Titan) is bigger than the planet Mercury and even has its own atmosphere.

The Moon is a quarter the size of the Earth, being about 3,500 kilometres (2,200 miles) across. It is only an eightieth as massive as the Earth. The surface of the Moon is made of dark materials and so it reflects light poorly. This is why moonlight is pale. The Moon spins on its axis in about 29.5 days, which is the same as the time it takes to go once around the Earth. As a result, the Moon always shows the same face to the Earth.

The dark areas on the Moon were once thought to be seas. We know now that the Moon is completely dry.

The surface of the Moon has largely been shaped by the impact of meteoroids. These have created the craters. Some are over 200 kilometres (320 miles) across.

How the Moon was formed

Although there is no life on the Moon, it has a structure made up of layers similar to that of the Earth. The core is, however, hard, which is why the Moon has no magnetic field and which is why the surface never suffers earthquakes. Moreover, there is no atmosphere surrounding the Moon and, being much smaller than the Earth, its gravity is less than one-sixth of that on Earth.

The inside of the Moon.

The Moon's rocks are not unlike some of those found on Earth. During the first half a billion years of the Moon's history it was still hot enough for volcanoes to produce great lava flows. However, since then it has cooled and all activity has died away. As a result there are no overturning movements – the reason the surface has been left undisturbed for so long.

Whereas we are used to the surface of the Earth changing, nothing has changed on the Moon for over 800 million years. In this time, some of the continents on the Earth's surface have travelled half way round the world!

There are two types of landscape on the Moon – a rough, bright mountainous area which covers most of the surface, and a darker, flatter area which occupies less than a third of the surface. Early astronomers thought of them as 'continents' and 'oceans', which is why the flat areas – even though they are totally dry – are called Seas and Oceans on lunar maps.

The Apollo Mission to land on the Moon

The Apollo programme was the one that allowed landing the first humans on the Moon from 1969 to 1972. It was a dream of the American people after President John F. Kennedy's 1961 speech in which he announced the "landing a man on the Moon and returning him safely to the Earth" by the end of the 1960s. This was to be an astonishingly short period of time. The first manned flight of Apollo was in 1968.

Kennedy's goal was realized with the Apollo 11 mission when astronauts Neil Armstrong and Buzz Aldrin landed their Lunar Module (LM) on July 20, 1969, and walked on the Moon's surface, with Michael Collins in lunar orbit controlling the Command/Service Module (CSM). They returned to Earth on July 24. Five further Apollo missions landed astronauts on the Moon, the last being in December 1972. Over the six space flights, twelve men walked on the Moon's surface.

It all cost an extraordinary amount of money, so eventually there had to be budget cuts, and the programme finished after six more flights. One of these was the ill-fated Apollo 13 when an oxygen tank explosion disabled the command spacecraft's engines. Despite that, the crew returned to Earth safely by using the Lunar Module as a "lifeboat".

Apollo 8 was the first manned spacecraft to orbit another celestial body.

The programme brought back 842lb/382kg of lunar rocks and soil to Earth, helping scientists to better understand the Moon.

Apollo was also responsible for the development of countless new materials, ways of communicating and so on. The satellite system we taken for granted was all spurred on through better understanding of telecommunications gained through the Apollo programme.

Video: The surface of the Moon seen from Earth. 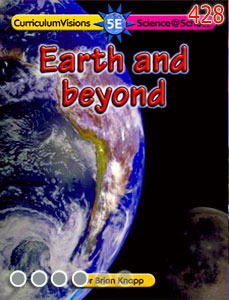 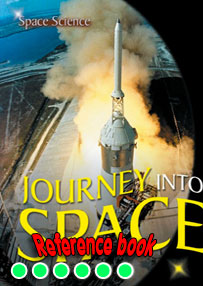 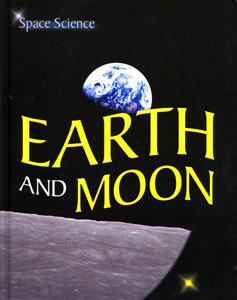 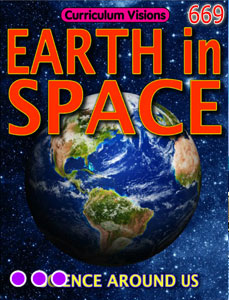 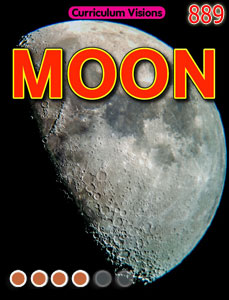 Jump to Earth and beyond toolkit screen